No time off for carers is unacceptable, says Revitalise in response to Carers UK report Respite holiday charity Revitalise has today responded to Carers UK’s State of Caring 2017 report, echoing its call for immediate practical action in order to make a difference to carers’ lives.

The findings of the report strongly echoed research conducted by Revitalise over recent years, painting an all too familiar picture of the plight of the UK’s estimated 6.8 million unpaid carers.

In agreement with Carers UK, Revitalise’s research found that many carers maintain their role for long periods of time, with little or no time off. A third of carers told the charity they had not had any significant time off since they started caring, with 90% not able to access proper holidays away from caring.

In a separate study, the charity also found evidence that being unable to access respite breaks has a noticeable impact on carers’ emotional and physical wellbeing. 60% of carers admitted that they felt unable to ‘switch off’ from their caring role, with over 6 out of 10 (63%) saying that they felt mentally exhausted and over half (52%) saying they didn’t know how they would be able to cope if things continued the way they were.

Revitalise’s research also made clear that the concerns expressed by carers did not lend themselves to an optimistic outlook for the future. 4 out of 10 unpaid carers also voiced trepidation that they would end up ill, in chronic pain or disabled themselves.

In light of Carers UK’s State of Caring 2017 report and its own research, Revitalise is showing its support for unpaid carers all across the UK, calling for immediate action and greater statutory support for social care services, particularly in the respect of greater provision of respite breaks. 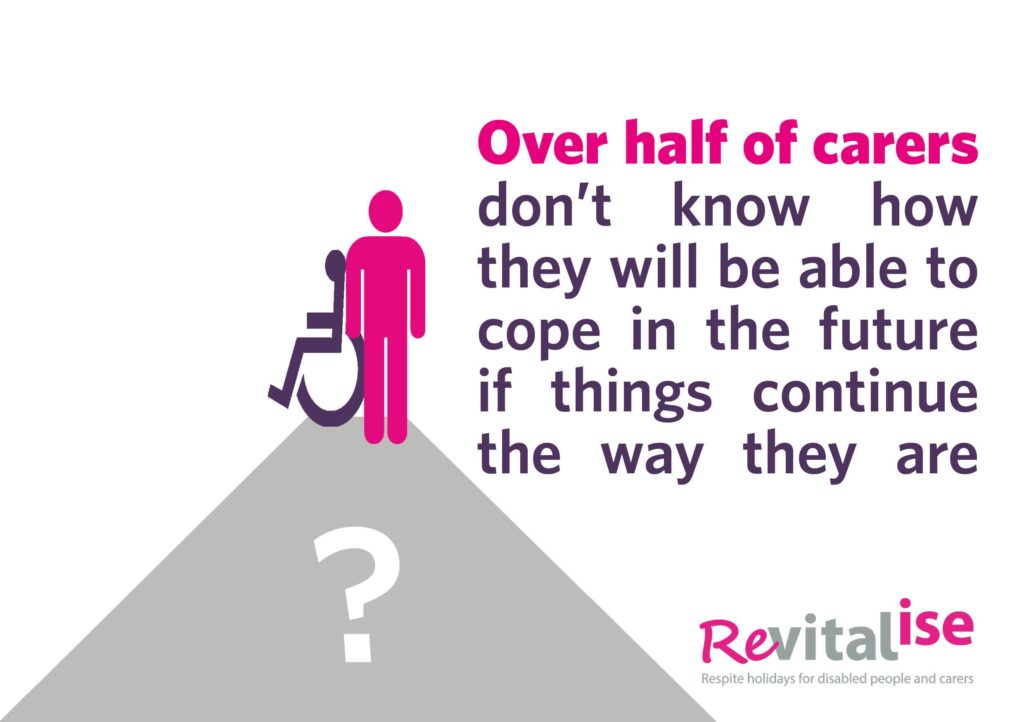 “While the recent report by Carers UK has quite rightly been receiving the media attention it deserves, it saddens me to say that to charities like Revitalise, which supports disabled people and carers, this news is all too familiar.

“Unpaid carers give so much, day in, day out, to support the person they care for, but need the escape valve of regular time off in order to continue their caring role.

“This is why we are demanding better statutory services and funding – and especially access to proper breaks – for carers and those they care for.”

Revitalise is a national charity providing respite holidays for disabled people and carers, combining 24-hour nurse-led care with a real holiday experience at its three accessible UK holiday centres in Chigwell in Essex, Southampton and Southport. Each centre offers a wide range of accessible activities and excursions in a holiday environment. Lewis Reed To Unveil New Mercedes At The 2015 Mobility Roadshow