It is designed to help diagnose different types and stages of ovarian cancer.

The developers, in Belgium and the UK, said many women with cancer were not getting the right treatment.

The test is designed to distinguish accurately between benign cysts and malignant tumours as well as identify how aggressive tumours are.

It was developed by University of Leuven and Imperial College London scientists to help the patient get the right surgical treatment.

“If it isn’t right, the patient might have a more extensive operation than they need, for example having an ovary removed unnecessarily.”

Prof Bourne told the BBC that ovary removal could be “a critical issue for young women in terms of fertility”. 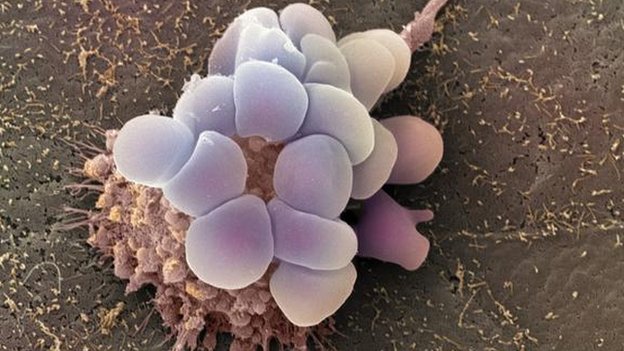 The test uses a combination of patient information, blood test results and ultrasound scans to predict the malignancy, type and stage of the cancer.

The team, reporting their findings in the British Medical Journal, then trialled the test with a further 2,403 patients between 2009 and 2012.

Prof Bourne said their test was better than current practice in the UK.

Ovarian cancer can be difficult to diagnose early, because symptoms such as bloating and abdominal pain can be put down to other common illnesses.

It is the most aggressive gynaecological cancer, with only about 40% of patients still alive five years after being diagnosed, according to the research paper.

One of the main factors in survival is how early the cancer is diagnosed. There is currently no screening available, so patients have to rely on seeing a doctor and being correctly diagnosed in time.

Another important factor in the survival rate is whether surgery is carried out by a specialist surgeon, the researchers said.

Many women were currently operated on by general surgeons, possibly because the true nature of the illness came to light only during surgery.

“Anything that makes a diagnosis of ovarian cancer easier, earlier and quicker – like this tumour blood marker test – that gets women tailored treatment sooner, is very much needed,” said chief executive Katherine Taylor.

If women were diagnosed in the early stages of ovarian cancer they had a 90% chance of surviving the next five years, but if the cancer was found at a later stage, the five-year survival rate reduced to 22%, she said.

“Awareness of this disease among women and GPs is key,” she added. “Ovarian cancer is the UK’s most deadly gynaecological disease, with over 7,000 cases diagnosed every year.”