New research funded by the charity Action on Hearing Loss has taken scientists a step closer to finding a treatment for one of the most common causes of hearing loss among young adults following the discovery of a new gene which causes otosclerosis.

Otosclerosis, a hereditary condition which affects 1 in 200 people resulting in conductive hearing loss, is associated with abnormal bone growth in the middle ear, which over time grows onto the stapes and stops it moving when sound waves enter the ear – meaning sound waves can no longer be efficiently transmitted into the inner ear.

The breakthrough comes as scientists from the Ear Institute at University College London showed that faults in the SERPINF1 gene can cause otosclerosis by investigating the genome of four families with inherited otosclerosis and a further group of 84 unrelated individuals with a family history of otosclerosis. The researchers identified a range of changes in SERPINF1 that can cause the condition. The gene encodes a protein known to be important in bone formation and repair, and has been shown to be active in the stapes – the middle ear bone affected by otosclerosis. 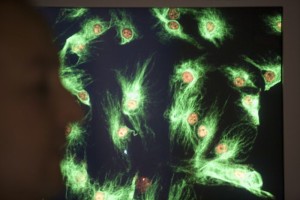 “We have known for some time that otosclerosis can be inherited, but until now the actual identity of the genes involved have eluded us. Our discovery of the first otosclerosis causing gene is very significant as it tells us about the biological processes involved in the development of the condition and with support from Action on Hearing Loss we are continuing to search for more genes that cause this common form of deafness.”

People with otosclerosis often start to lose their hearing in their twenties or thirties. Currently, treatments are limited to hearing aids or surgery to remove the affected middle ear bone and replace it with a prosthetic device. 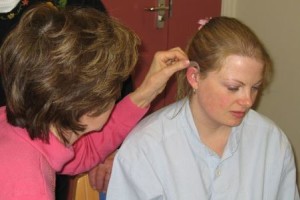 “We urgently need better treatments for otosclerosis and that’s why this latest discovery is so important to the thousands of people affected by this condition across the UK, giving them hope that drug treatments to prevent abnormal growth of bone on the stapes can be developed.”