For the first time in the UK, a short-film has been launched to raise awareness of the world’s most common inherited neurological condition Charcot-Marie-Tooth (CMT).

Launched at Westminster, it aims to spread the word about the condition all over the UK because so few people have heard of it, including many health and social care professionals.

The film has been backed by CMT expert and President of the Association of British Neurologists, Professor Mary Reilly* and charity CMT UK, which supports people with CMT, a condition with a wide variety of symptoms including uncontrollable pain, chronic fatigue, unstable ankles, balance problems and falls.

It is estimated that around 23,000 people in the UK have CMT, but the vast majority may not be aware they have it and instead will be dealing with the condition, in the dark, on their own.

The one minute film – the idea for which came from Douglas Sager (67) who found out he had CMT in 2011 – features people of various ages and at different stages of the condition including Harvey Rogers (10) who has minor nerve damage, his mother Lisa Rogers who has difficulty walking and Emma Lines who is now in a wheelchair and struggles to open a can of pop due to poor co-ordination in her hands.  It is interspersed with X-ray style animation so that each person is shown as a digital body of nerves, revealing what can happen when they malfunction. 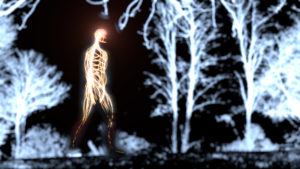 Commenting on the film, Douglas said:

“I was dancing two or three times a week so was shocked to get diagnosed much later life; while this took a few months of referrals, I see this as quite fortunate as it can take some people years to find out they have CMT.

“I decided to retire and follow my passion for film making in order to spread awareness of this condition, so people who have it can get diagnosed earlier and receive the support they need.  Charities like CMT can offer advice on how to manage the condition as well as support with benefits, jobs and family issues.  It is important people know what they have so they can seek both medical and emotional support.”

While CMT is currently incurable, early, accurate diagnosis can improve the lives of those with the condition as it can be managed more effectively and proper genetic counselling can be received so the risks to the next generation can be learned.

Charcot-Marie-Tooth is named after the three scientists who discovered it.  Steadily progressive, it causes muscle weakness in the lower legs and hands, leading to problems like hammer toes, restricted mobility, uncontrollable pain and carrying out tasks needing fine motor skills, such as fastening shoe laces.  However, people with CMT have a reasonable quality of life with normal life expectancy.

“Douglas fundraised for this film off his own back and we are delighted with the end result, which is compelling, human and informative.  There is so much to tell people about CMT but this captures the bones of it well.

“If people know they have the condition, we can support them by answering the many questions they will have, put them in touch with other people and families with CMT and tell them where they can get practical support and advice.  We would also encourage them to visit their GP and receive medical attention.” 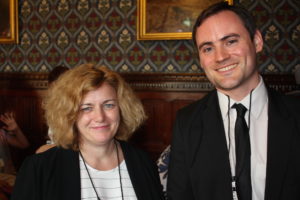 “CMT has many different characteristics, but commonly there is a loss of muscle and touch sensation, predominantly in the feet and legs, but also in the hands and arms in the advanced stages of disease.  These lead to a range of orthopaedic complications, leading to a variety of mobility and dexterity problems, and sometimes scoliosis.

“CMT does not describe a single disorder, but a group of conditions. It is important to determine exactly what kind of CMT someone has, in order to improve their quality of life and this can only be done once a diagnosis is considered in a patient.  Anecdotal evidence from CMT UK tells us this takes much longer than we would like and many people put up with CMT for a long time thinking they are clumsy or have funny feet, suffering in silence when they could be receiving help and support.”

The film was written, produced and directed by award winning film maker and director, Tim Partridge and also has the backing of Shadow Foreign Minister, Catherine West MP.

“I first met Douglas when he came to my constituency surgery and told me about Charcot-Marie-Tooth disease, its problems and lack of awareness about it. It was wonderful to launch the film in Parliament and I hope that it will lead to greater awareness of the cause and symptoms not only in the UK but throughout the world”. Battle starts to save Mildmay Hospital